The interaction between climate change, environmental stress, and societal transformations is increasingly attracting the interest of the scientific community and the general public alike, as contemporary concerns about global warming grow. This research project funded by the Swiss National Science Foundation (SNSF) and directed by Prof. Dr. Sabine R. Huebner will apply groundbreaking and innovative multidisciplinary approaches to the complex relationships between climate variability and environmental change on the one hand and the ability and capacity of human society to adapt to these challenges on the other.

The third century CE was a period of grand-scale transformations and existential threats to the Roman Empire, the ancient superpower that ruled a geographically vast and ethnically diverse area comprising nearly a fourth of the world population at that time. During the third century, the Roman Empire experienced military anarchy, civil wars, rampant inflation, severe famines, dramatic changes in the religious landscape, bloody persecutions of minority groups, and raids and invasions from beyond the frontier. What were the reasons and causal relationships underlying this concurrence of adverse events? Recent research has suggested that climate variations triggered these cascading shocks, but this theory has yet to be put to scrutiny through a comprehensive interdisciplinary analysis of all available evidence.

Due to its unparalleled evidence, the Roman province of Egypt can serve as a laboratory to test such hypotheses and study social vulnerability, resilience, and adaptation strategies in the face of environmental and climatic changes. This pioneering and innovative project is an interdisciplinary collaboration between climate scientists, archaeologists, and ancient historians that bridges the traditional divide between the humanities and the natural sciences. The project aims to evaluate and interpret the effects of environmental stressors, and climate change on society, economy, and politics using third-century Roman Egypt as a case study for a multi-disciplinary approach to a fervently debated transition period in Western civilization. This holistic approach to climate change and societal transformations will be the first of its kind for the Roman world and promises a major breakthrough in an increasingly intense scholarly discussion, which this project will shape and lead. 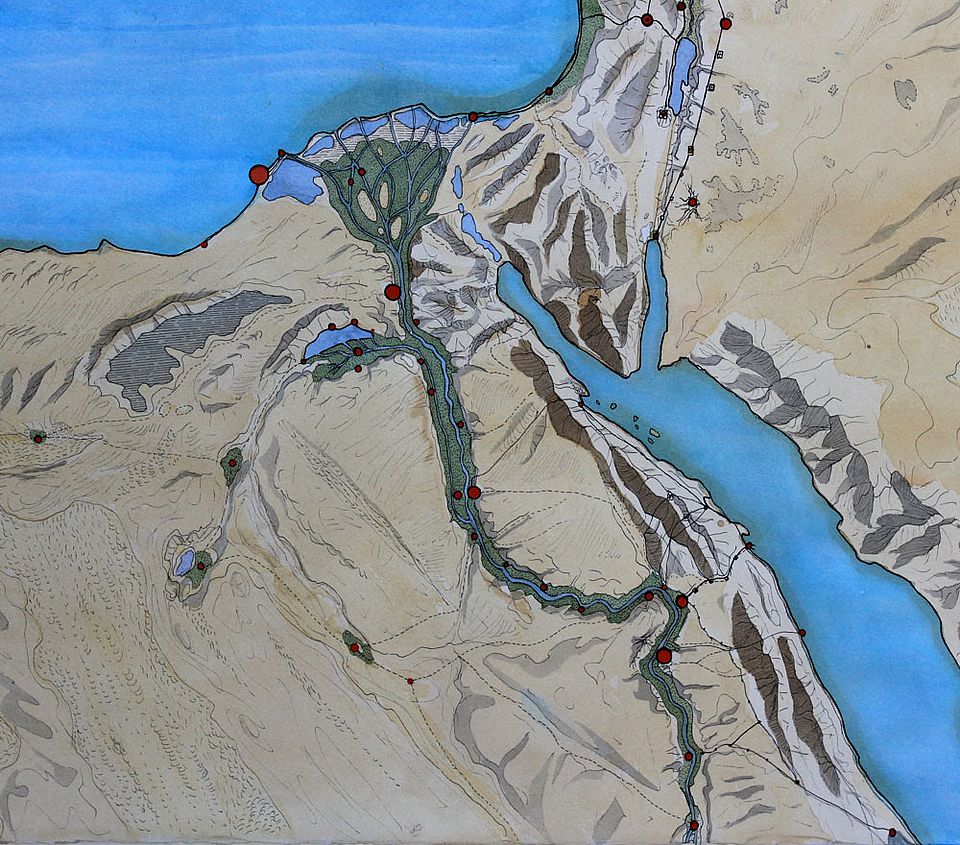 Subprojects within the Roman Egypt Lab

The Roman Egypt Lab is composed of various transdiciplinary subprojects from the fields of ancient history, papyrology, archaeology and dendroclimatology. 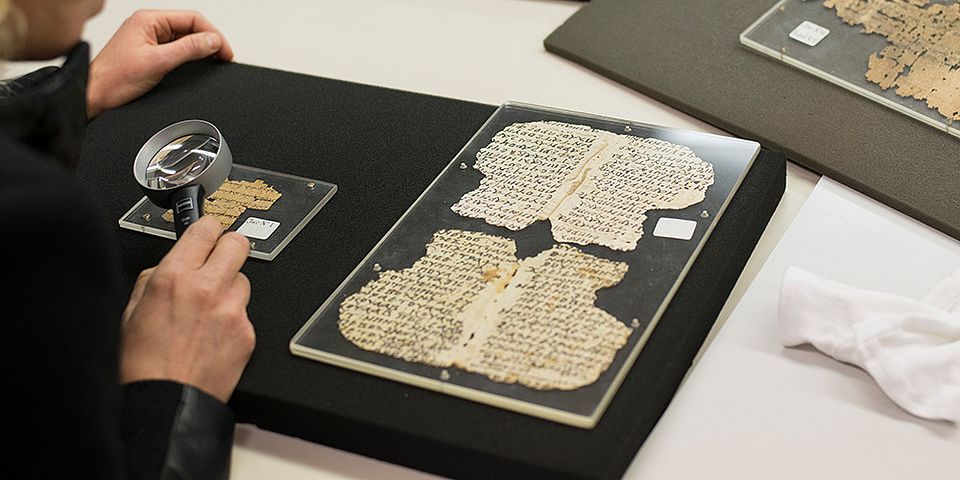 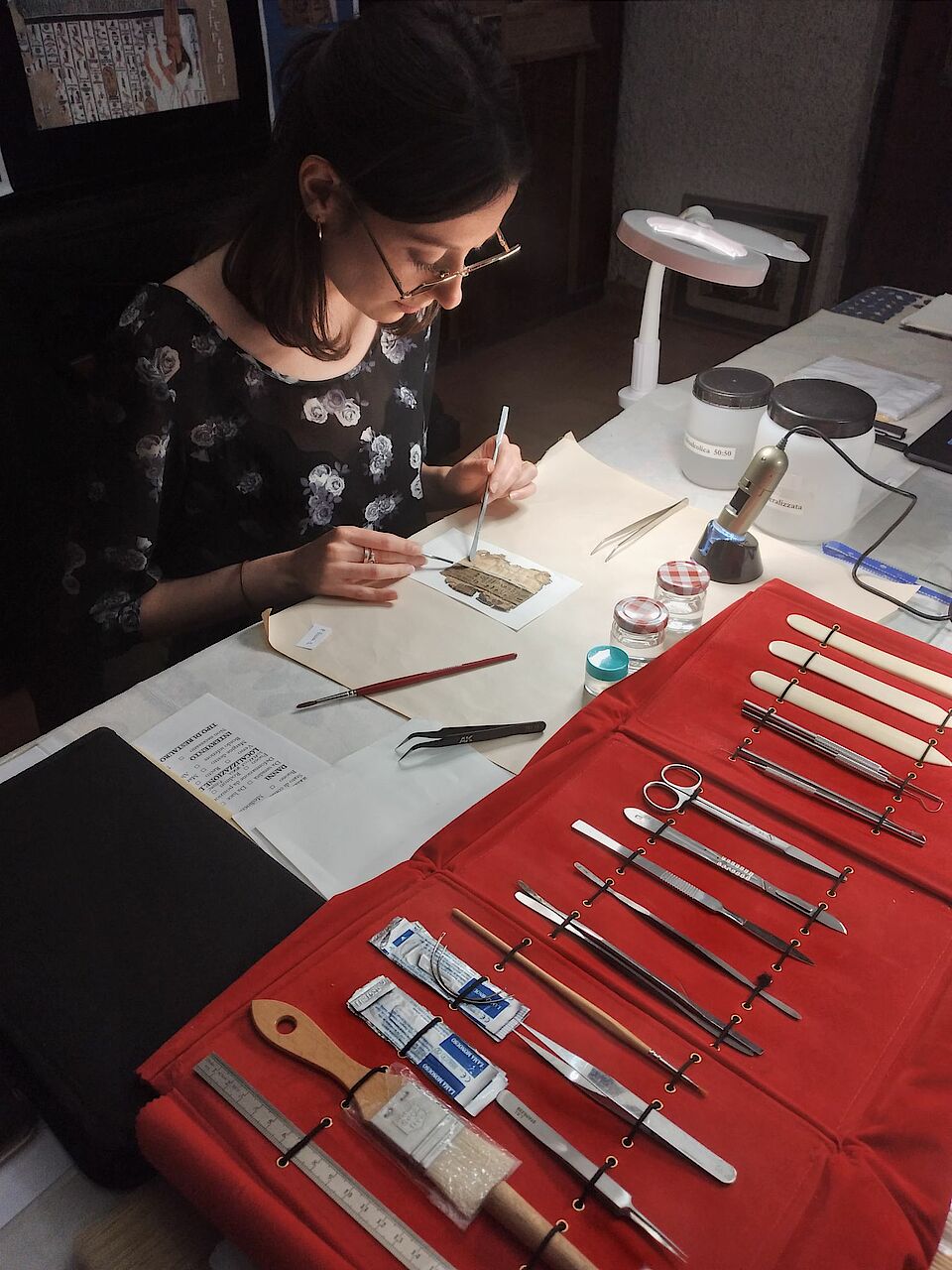 Sara is a papyrologist from the University of Bologna and is pursuing a PhD in Ancient History at the University of Basel under the supervision of Sabine Huebner. Her PhD dissertation project will be devoted to trace the influence of changing environmental conditions on the agrarian economy during the Roman period of Egypt (with a focus on the third century CE) by using mainly papyrological evidence. Primarily tied to wheat production, the agricultural economy of Roman Egypt has been of rising interest in scholarship in recent years. Next to northern Africa and Sicily, Egypt was the principal source of grain for the population of Rome and the Roman military, but as a result to its rich papyrological evidence Egypt yields considerably more detailed sources than its two sister regions. By using this depth of information not available for other regions of the ancient Mediterranean, this PhD project will be an example of incorporating climate history into the study of the ancient agrarian economy, and also establish a model how ancient economies generally responded to environmental shocks.

Since Roman Egypt’s economy was strongly based on agriculture revolving essentially around the Mediterranean basin, the analysis will depart from, and concentrate on, the Mediterranean triad: Wheat, wine and oil. These commodities, staples in the everyday diet of all social classes, were produced and sold in huge quantities and therefore much evidence remains in the papyrological corpus about their economy. Considering the central role played by such a market and its prospect of being significantly exposed to any climatic change, the study will take into account not only the products themselves, but will include any other data somehow related such as manufacturing facilities e.g., oil presses and mills, contracts of lease and sale for plots of land intended for cultivation of such staples, commodities frequently mentioned as trade goods in transactions involving them. 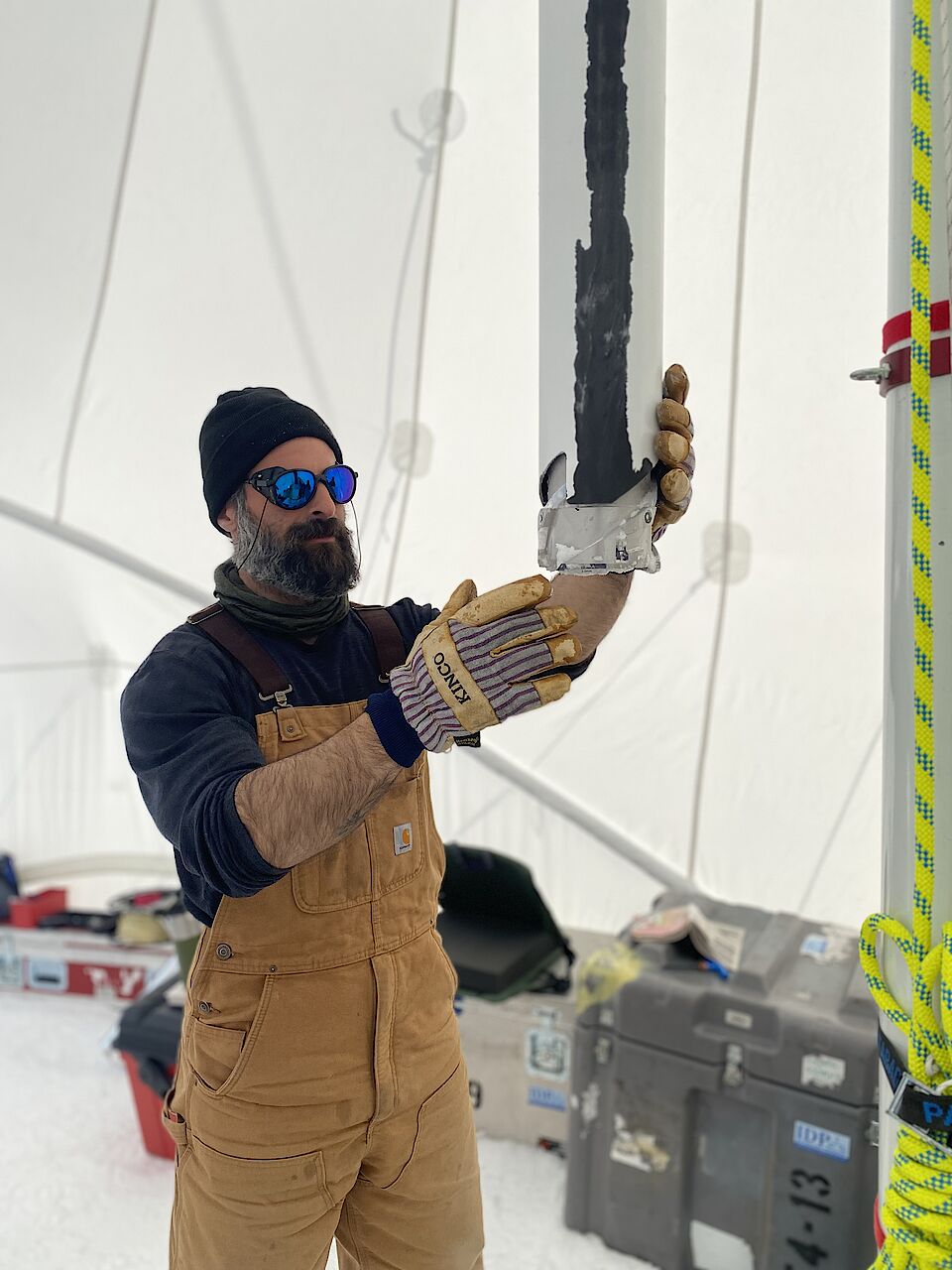 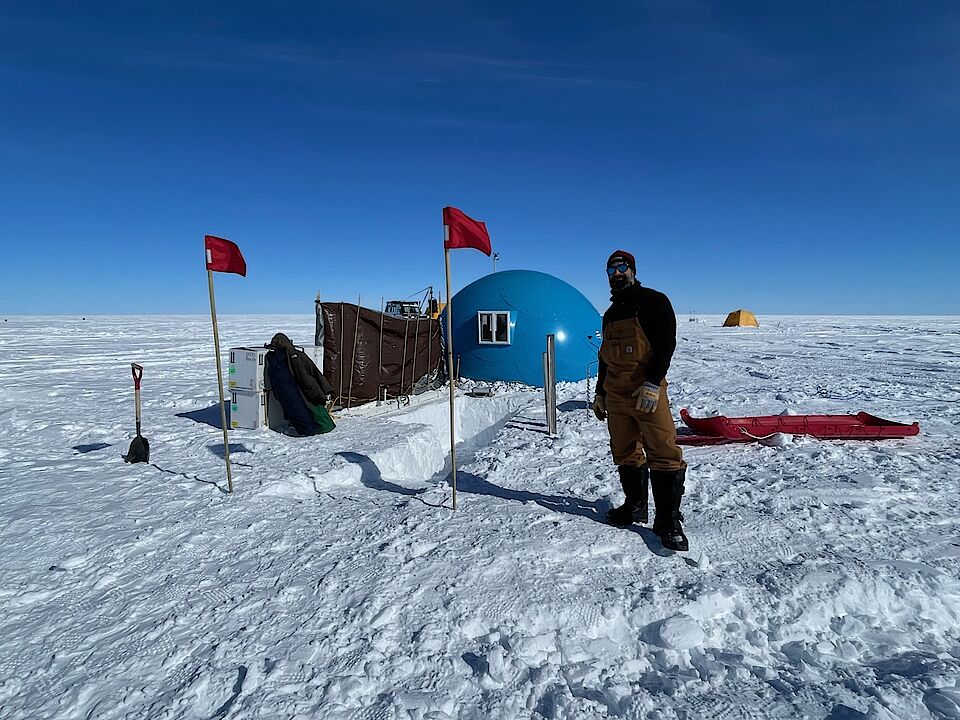 The archaeological subproject of the Roman Egypt Laboratory gathers archaeological data – architectural, ceramic, numismatic, skeletal, archaeobotanical, etc. – from the late Ptolemaic period to the late Roman period in Egypt, cataloguing the evidence in our project database. In doing so, our Postdoc Dr Brandon McDonald aims to identify and investigate settlements exhibiting contraction and/or abandonment in the archaeological record, with particular focus on the late second and third centuries CE. After which, he works to distinguish the most likely causes of apparent decline – whether it be sociopolitical upheaval, geopolitical conflict, climate or environmental change, financial turmoil, infectious disease, or something else. Towards the end of research on a particular area, he writes up his findings as articles for submission to international journals.

So far, Brandon conducted research on the archaeology of the Eastern Desert of Egypt, the Western Desert of Egypt, and has begun research on the Nile Delta. It is apparent in the archaeological record that the Eastern Desert experienced a major period of settlement contraction beginning in the late second century CE and continuing into late antiquity, with the region never having returned to the level of prosperity observed in the early Roman period. After research, it seems clear that the cause of the Eastern Desert’s contraction was not monocausal, and most likely included geopolitical unrest, socio-political upheaval, the indirect of effects of two pandemics, and possibly climatic and environmental change. In the Western Desert, the archaeological record does not provide us with a conspicuous picture. What is clear is that certain sites – in particular, those of the Dakhla, Kharga and Bahariya oases – underwent phases of environmental degradation in the middle Roman period (150-300 CE); however, whether that degradation was the result of climatic change or anthropogenic forcing (i.e., intensive Roman water management and cultivation techniques) is not entirely clear. As for the Nile Delta, research is in the very early stages, and there are a number of archaeological sites and reports to sift through; but, given the seeming abundance of data and the importance of the location, Brandon is confident that there will be an interesting story to tell. 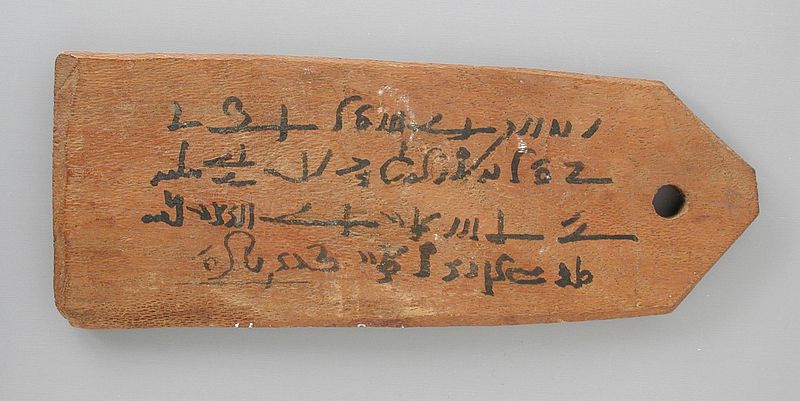 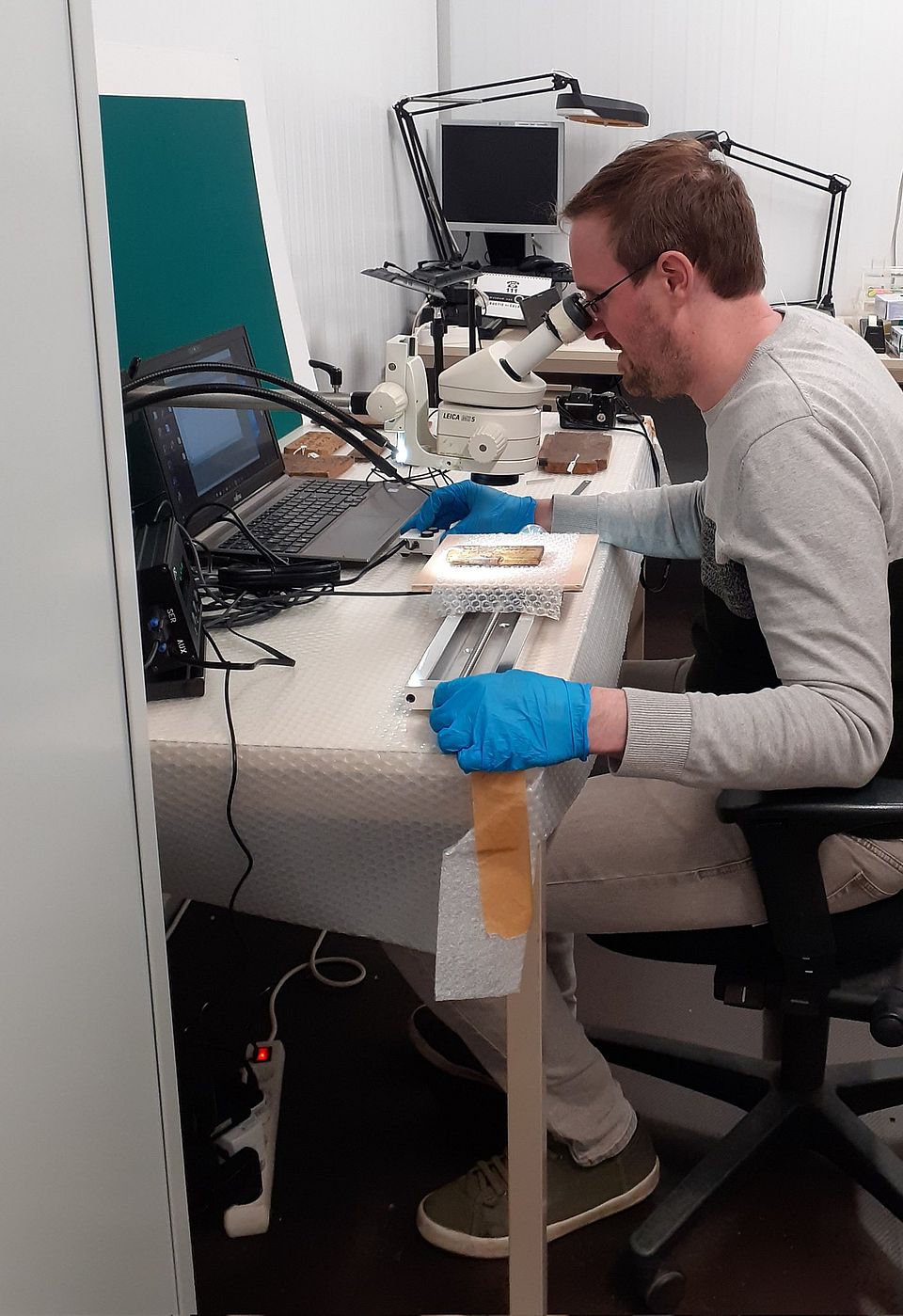 The palaeoclimatological sub-project of the Roman Egypt Laboratory consists in measuring the ring widths of archaeological wood, dating from the late Ptolemaic to the late Roman period, found today in many museum collections worldwide. In doing so, our post-doctoral student, Dr François Blondel, aims to produce the first dendrochronological reference of the Eastern Mediterranean basin in the Roman period, in order to offer a climatic reading of this part of the Empire based on the fluctuations of tree-ring widths of different tree species. Indeed, trees are natural archives that record a great deal of environmental information, including precipitation and temperature. François is publishing the results of his work in several forthcoming articles in international peer-reviewed journals.

So far, François has consulted numerous collections of Graeco-Roman wood in museums around the world. Although his studies initially focused mainly on mummy labels, the range of archaeological objects consulted has expanded to include other objects, notably mummy portraits. Unfortunately, the dendrochronological potential of the species endemic to Egypt, although well represented in the corpus studied, remains difficult to apprehend because rings are either not readable or the wood formed just a few rings due to very rapid growth. X-ray tomography imaging analyses have allowed us to better perceive the potential of these woods. Wood imported to Egypt from other regions of the ancient Mediterranean, at least for those objects intended for funerary practices (sarcophagi, steles, labels, and mummy portraits), is more promising. The imported woods, especially conifers, are much better candidates for dendrochronological analysis. The rings are legible, and some specimens have more than 100 rings. Among the imported woods we find cedar, juniper, cypress, fir, and pine trees, which came from several different territories, making it possible to offer an original reading of the economic circuits of these resources and to widen the study area to the whole of the eastern Mediterranean basin. The dendrochronological acquisitions are long and the challenge of constituting these references is difficult, but the numerous sequences obtained are promising and will perhaps make it possible to reconstitute the climatic trends of the Eastern Mediterranean region in antiquity.

We thank the Swiss National Science Foundation (SNSF) for funding the research carried out by the team.