Palaeoclimatologists believe to have identified a period of unusually warm and humid weather in Europe and the Mediterranean that expanded from roughly 200 BCE to 150 CE, which they called the ‘Roman Climate Optimum’ or the ‘Roman warm period’. Some historians have linked this overall perseverance of unusually stable and favorable climatic conditions to the expansion of the Roman Empire to its greatest height, and argue that these predominantly warm and humid conditions in large parts of the Empire enabled the delivery of sufficient supply to the growing urban population around the Mediterranean and to the Roman army. From the middle of the second century CE, climate change occurred at different rates, from apparent near stasis during the early Empire to rapid fluctuations during the late Empire. A general cooling trend coincided and, as some scholars argue, contributed to the crisis of the Empire, the Germanic migration, civil wars, and the subsequent ‘decline’ or ‘transformation’ of the Roman world. Furthermore, differences in climate conditions in the Western and Eastern Mediterranean have been hypothezised to mirror the diverging fates of the Roman West and the Byzantine Empire. More recently, other scholars based on regional datasets of climate proxies have reasoned that establishing such a connection between the climatic conditions and its consequences for the history of the Roman Empire does not do justice to the multitude of microclimates in Europe, the Balkans, the Middle East and North Africa on the one hand and the complexity of the material available on the other one.

This international conference will be the first that is specifically devoted to the notion of a Roman Climate Optimum and its impact on the fate of the Roman Empire. The conference will examine the implications of a Roman Climate Optimum for writing Roman environmental, political, social and economic history, and will bring climate scientists, ancient historians and environmental archaeologists around one table. We aim at papers that focus on regional studies and pursue a synthesis of the evidence from written, archaeological, and natural climate archives. Special emphasis will be placed on the challenges of a collaboration between ancient historians, archaeologists and palaeoclimatologists, the methodological difficulties in distinguishing between correlation and causality, and methods of assessing the impact of climatic variability or change on ancient societies without oversimplifying causal connections.

The event is part of the research project ‘The Roman Egypt Laboratory: Climate Change, Societal Transformations, and the Transition to Late Antiquity’ (PI: Sabine R. Huebner) and is sponsored by the Swiss National Science Foundation (SNSF), the Swiss Association of Classical Studies (SVAW/ASEA), and the Swiss Academic Society for Environmental Research and Ecology (SAGUF). 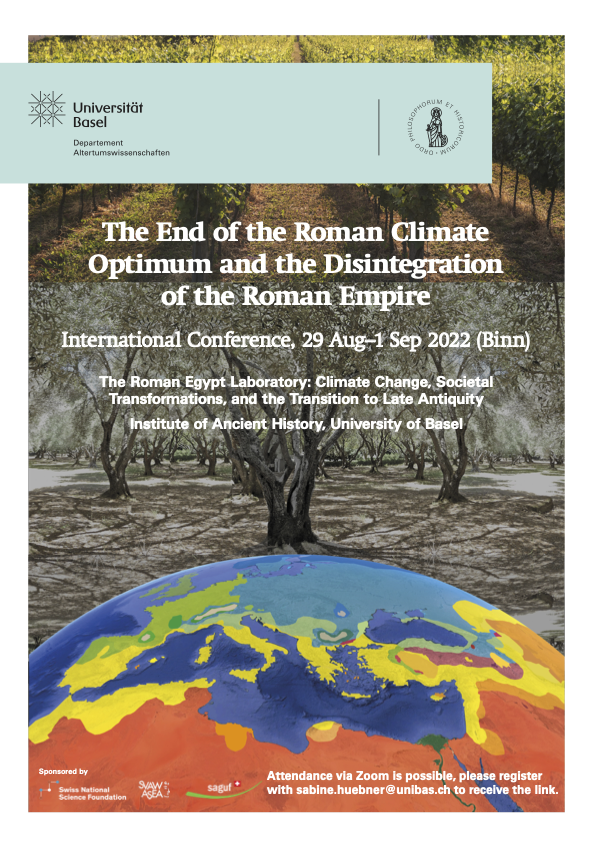 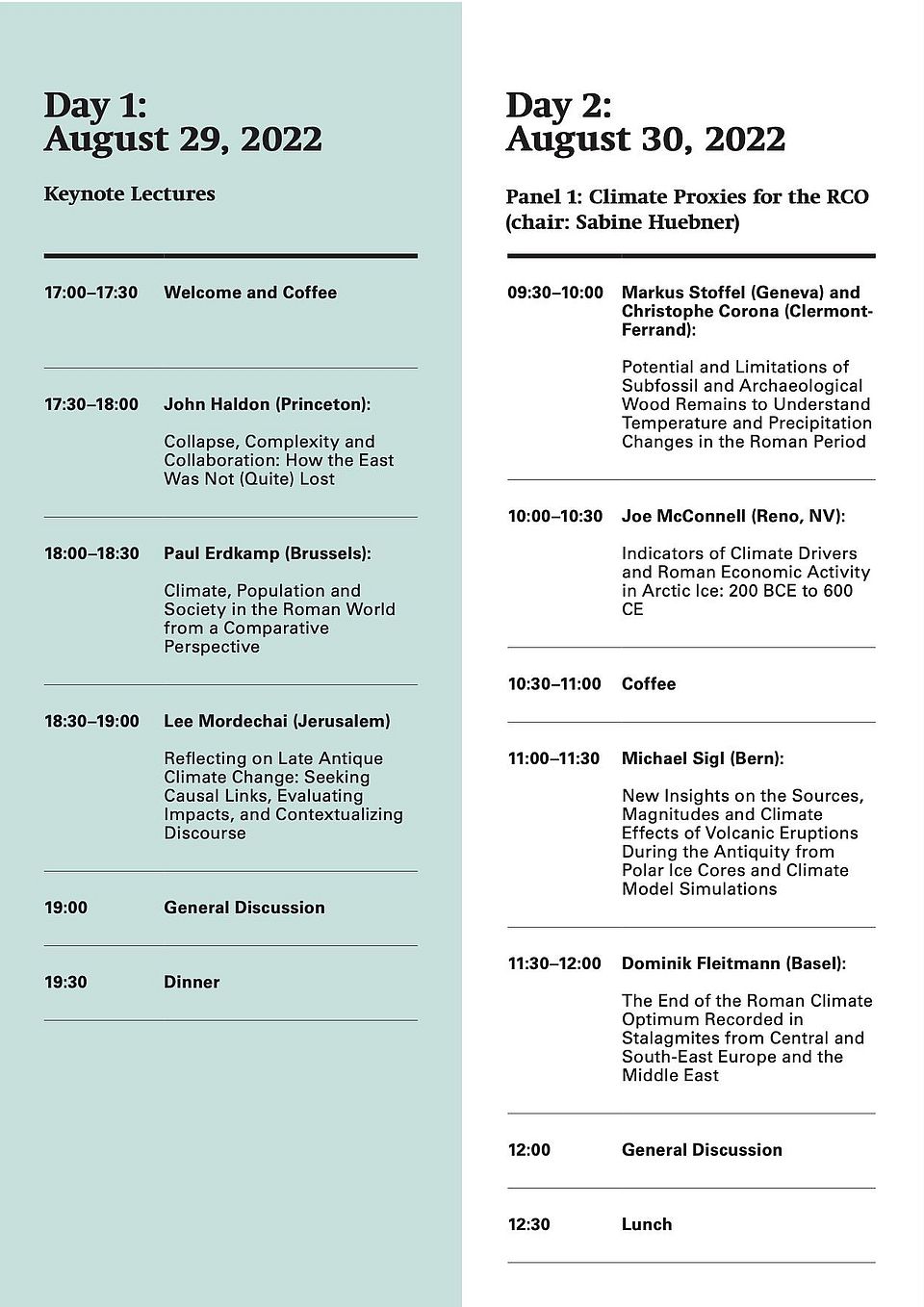 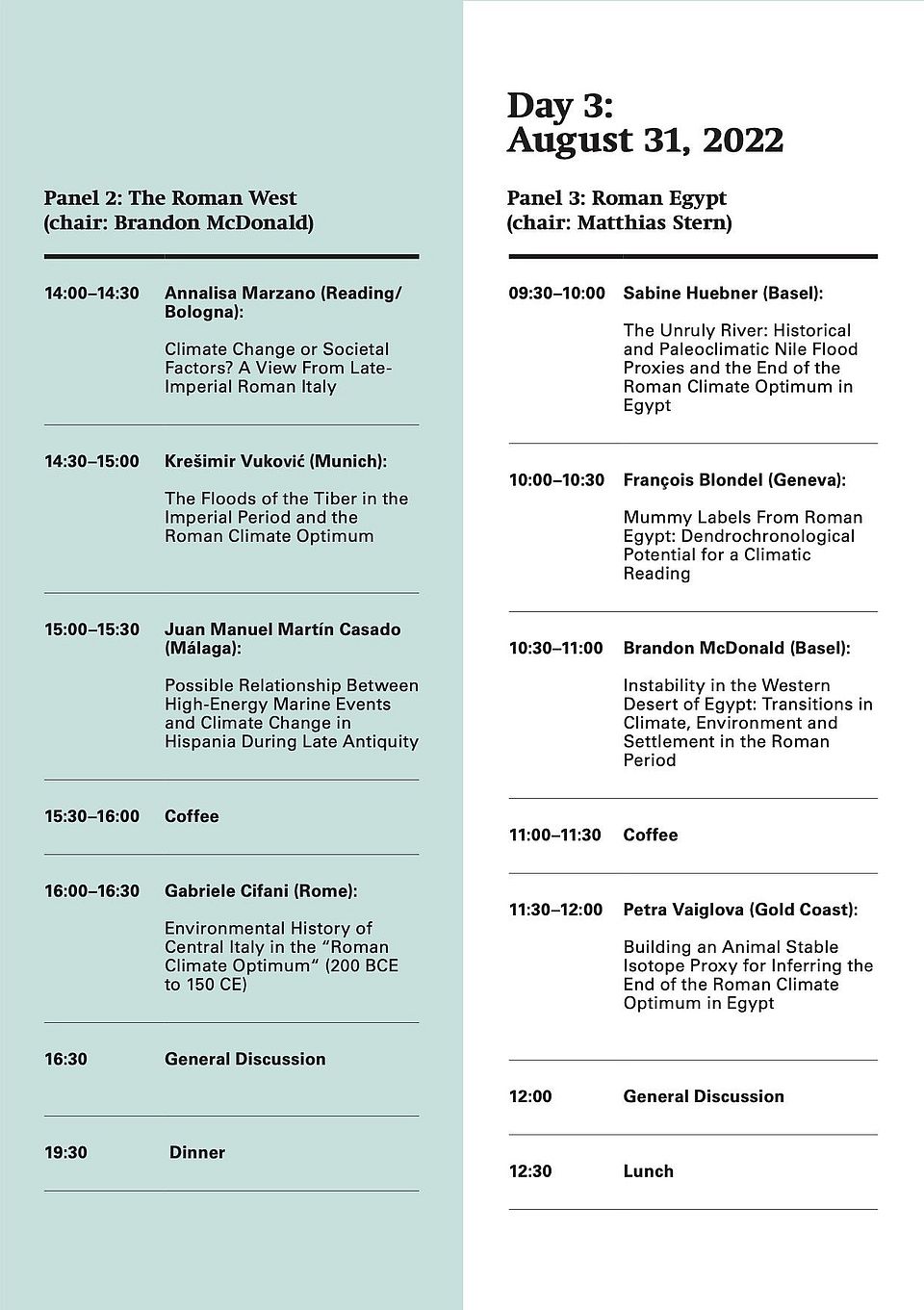 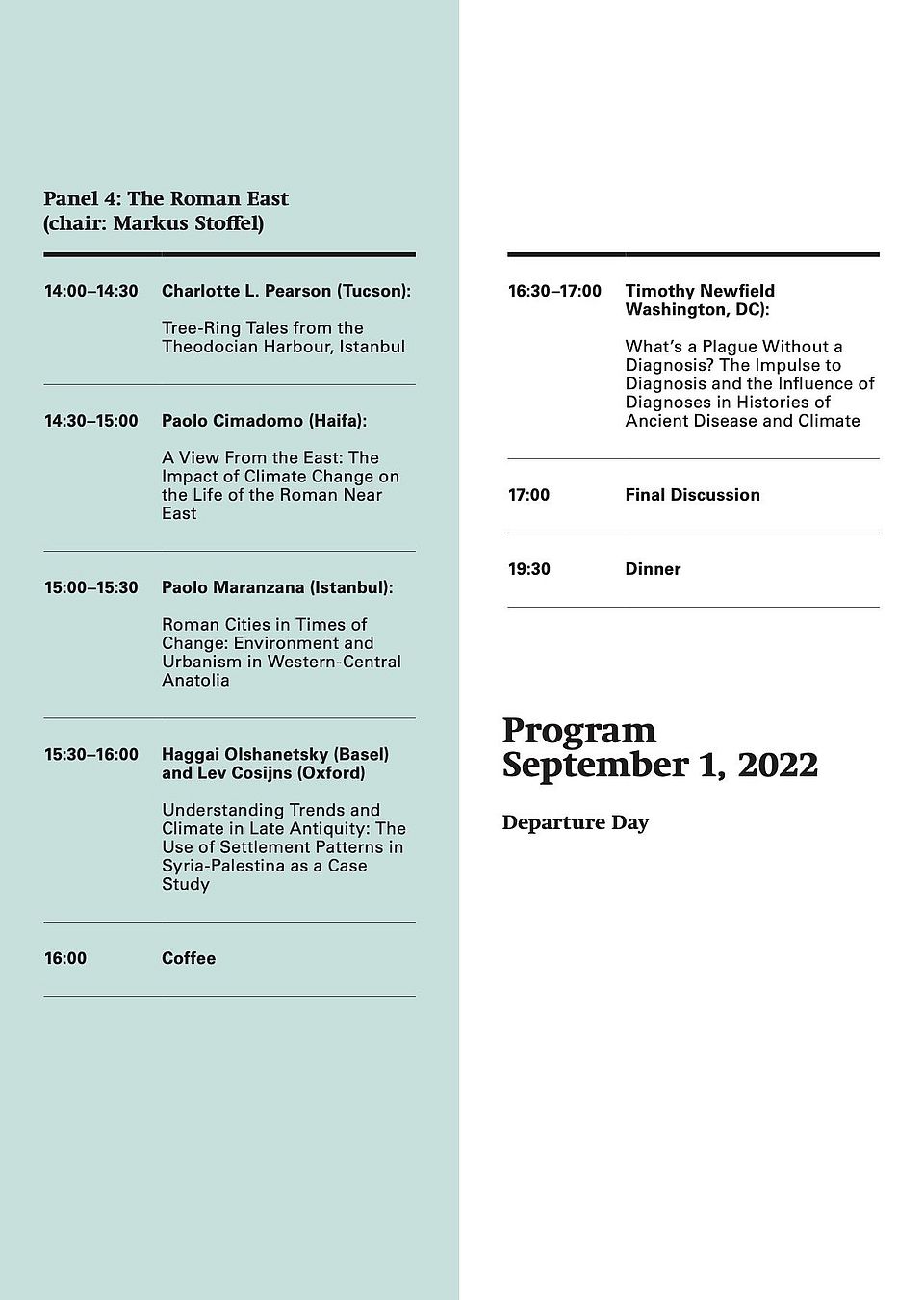 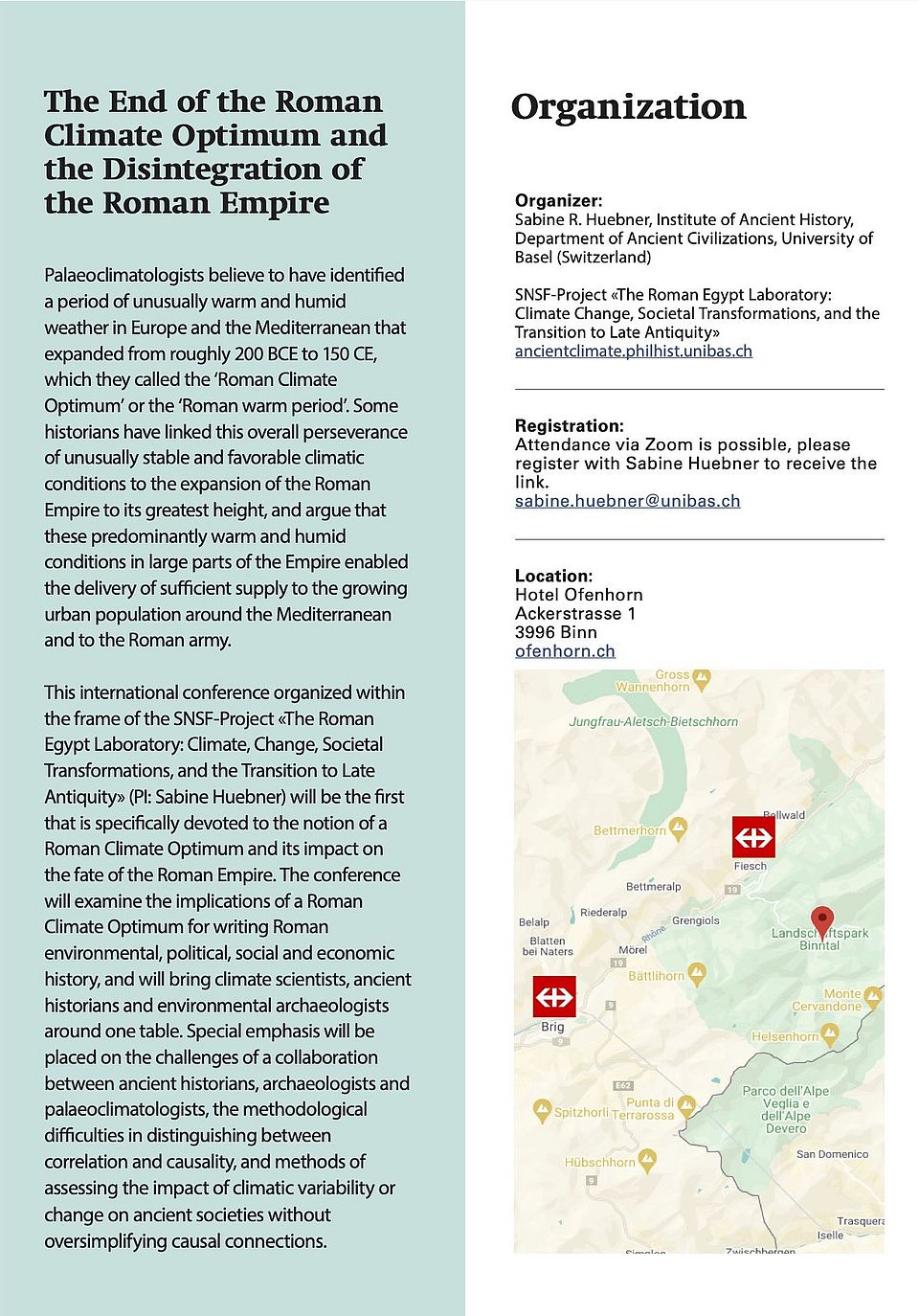